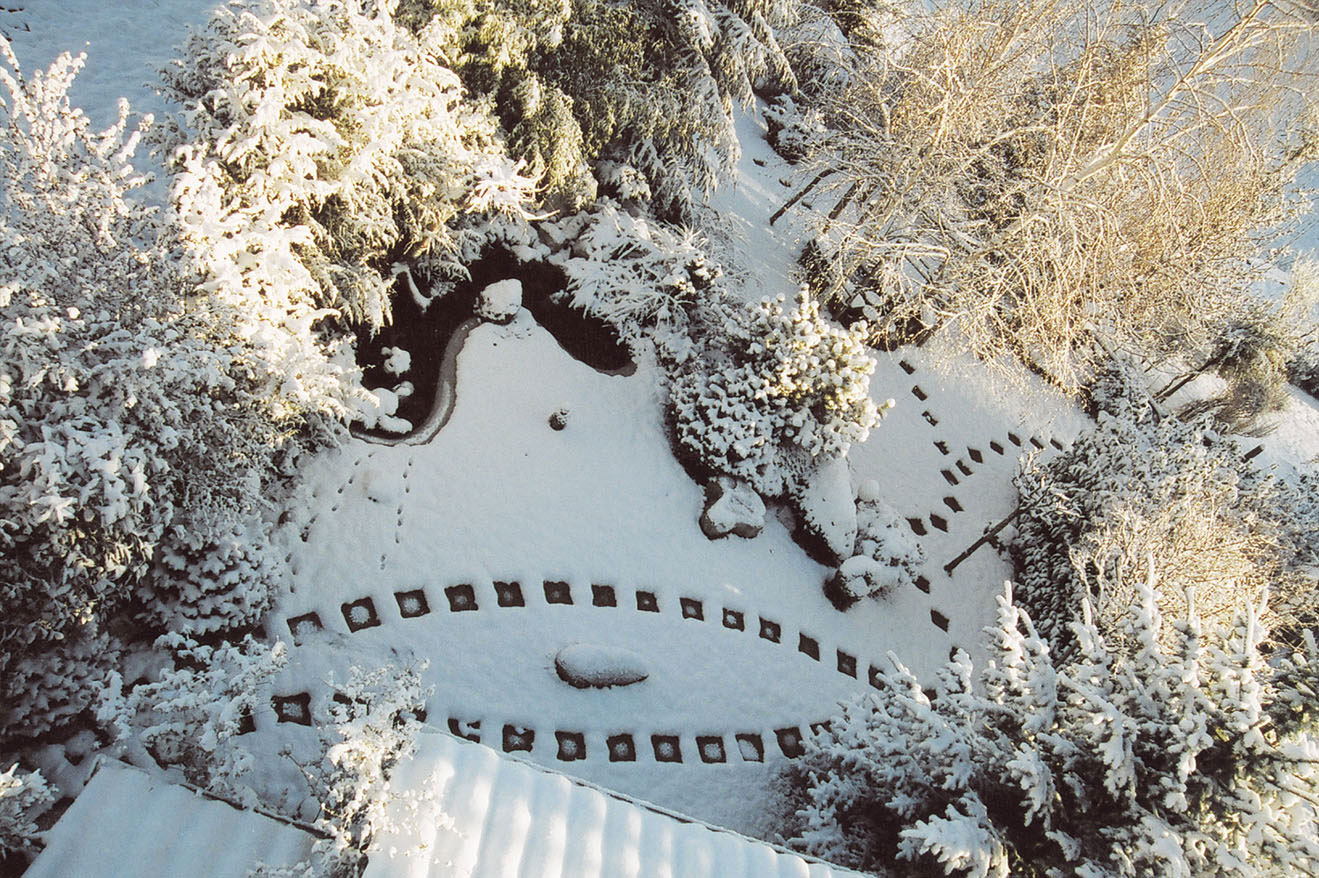 <> This is how Lorenzo il Magnifico, in his collection “Selve d’Amore”, evokes the charm of nature, inviting Venus and her following to settle in those places. According to the Neoplatonic Florentine Academy, the garden was an ideal place to live, with its conflicting combination of purity, sensuality, joy, melancholy and rigour – all of them overseen by love and beauty.
In Sarnano, where he lives, Giovanni Scagnoli has created his personal hortus conclusus, which he has built secretly and on his own over time. Among his garden, his house and his studio, the same formal will flows and blurs uninterruptedly. It all starts in the garden with the discovery of nature that proves to be both the same and a new one. The garden lexicon also appears in the form of things that surround the artist’s life and that of his family, in the decor of his house and in his artworks. It reveals a constitutive semantic unit and the idea of coming to life, linked to the transfiguration of the aesthetic experience, where obscure and meaningless elements hidden in “caverns” take shape (Luisa Valentini).
There are no casual or spontaneous elements, even though they may seem so. Every one of them was pondered with skillful attention to detail, in order to follow natural forces, to adjust them or to let them generate spontaneously. There is a sort of emotional connection between the artist and things. He can feel them, while they impose their own “reasons”. Every single detail was thoughtfully conceived, from the branching of trees to the nature and form of bushes and hedges. Pure, transparent water symbolises motion and the regeneration of life, serving as a <> (Andreina Griseri). Natural installations are to be interpreted beyond the poetry of “poverismo”, as they are linked to the artist’s life and to the mental universe of the peasant’s world, from which those who live in Le Marche come. The artist shows the same skills, diversified expertise and positive values as old peasants, like his father, who attentively and skillfully faced a daily struggle for nourishment. This moving image also reveals how to survive in a globalised world and how to face the present through our roots in the past. The artist’s inspiration comes from the territory, but also from the development of new technologies. His meticulous actions seem to be performed as in a sort of meditative practice, typical of the Oriental mentality. His passion for motorcycling, which recalls a classic Zen book, is a further evidence.
The garden hosts every men's first house, where it is possible to come back and find Muses, mistresses of arts who guide artists and artisans in their work. Here, one’s close, familiar everyday life, the succession of seasons and the transformation of elements reveal distant and exotic nuances. As with Claude Monet’s garden in Giverny, the greatness of nature identifies with it, offering a natural scenery for poetry.