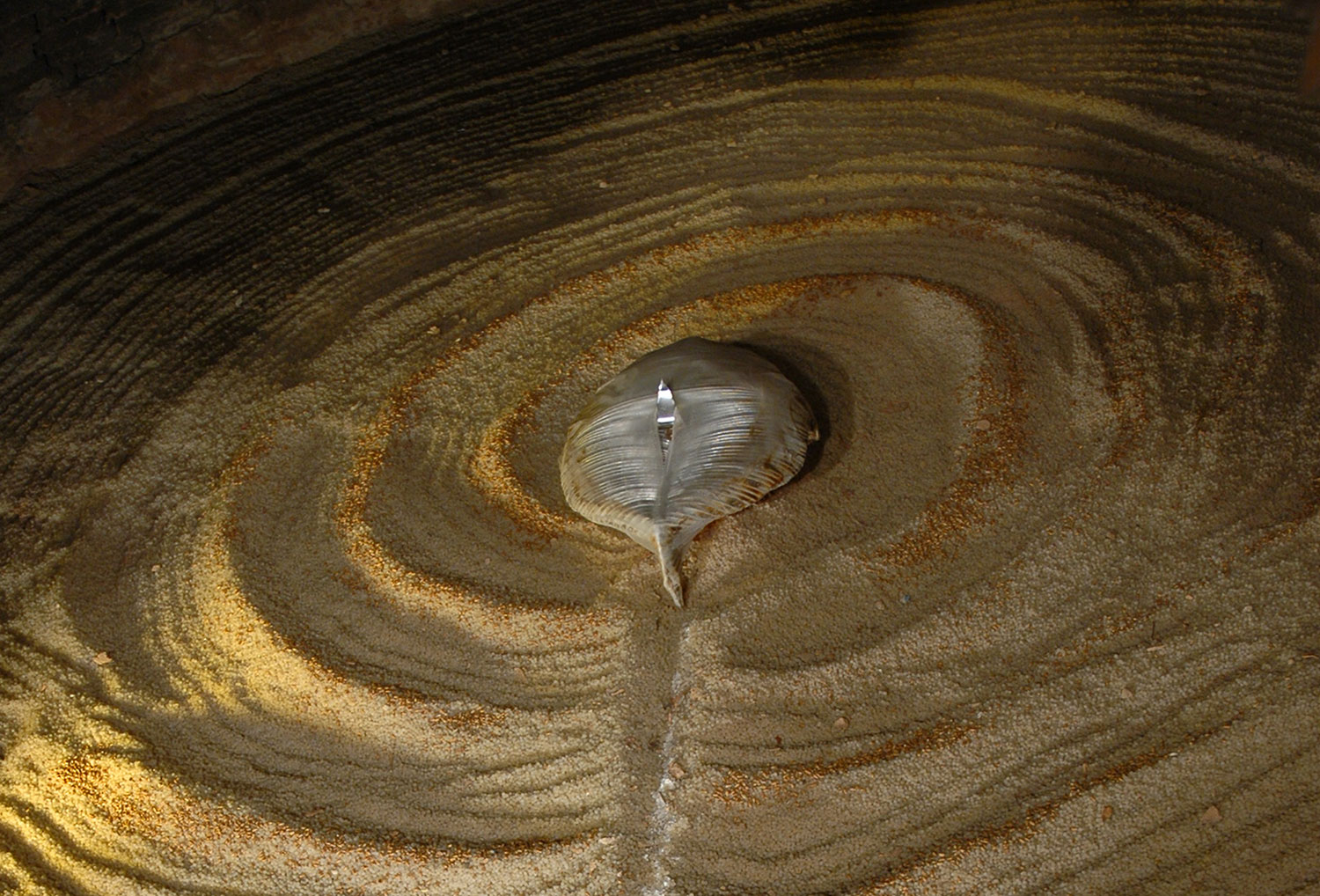 2. If you observe the fossil plastics and the split matrixes produced by Scagnoli you feel the deep bond to the particular sacredness revisited through Eros christian and marian reassessment, the one which the Gothic middle ages expressed by calling the Blessed Virgin “vas spiritualis”,” vas honorabils”, “vas insigne devotionis” and by setting Her in relationship to the Light of which She is the medium towards the world and the creatures. Such is in my opinion the vase, the shell, the fossil which recur in Scagnoli’s works and their installation seems to refer to this sense which, for the most, profits by suspensions in the empty space, radiant illuminations, formal presences which are not fully formal as they send back to a peculiar place which is here and it is also beyond or elsewhere.
In this sense it is not strange to discover a tragic feeling of life in Scagnoli’s works, something quite human which brings back to a personal interpretation of the formal experiences had by the twentieth century great, unparalleled masters, like Arp and above all Fautrier and Fontana, masters who are in an anguished balance between the plastic art and the painted image.
There is however, in Scagnoli’s art, a more detailed and direct experience: the one of the patron of the Marches parish churches at the foot of the Sibillini Mountains with their dark chapels carved in the idea of the rock. A maternal and overwhelming rock like the one of the Sibilla Mount, with its fossil cave of the Nymphs by now lost. Maybe it is this the highest fascination for Scagnoli, a fluid and absorbed suggestion made up of lands which rise to the Mount Sibilla as if towards their celestial pivot.
So it not disagreeable to imagine him in meditation at the foot of that “Mons Veneris”, as he is looking upwards.